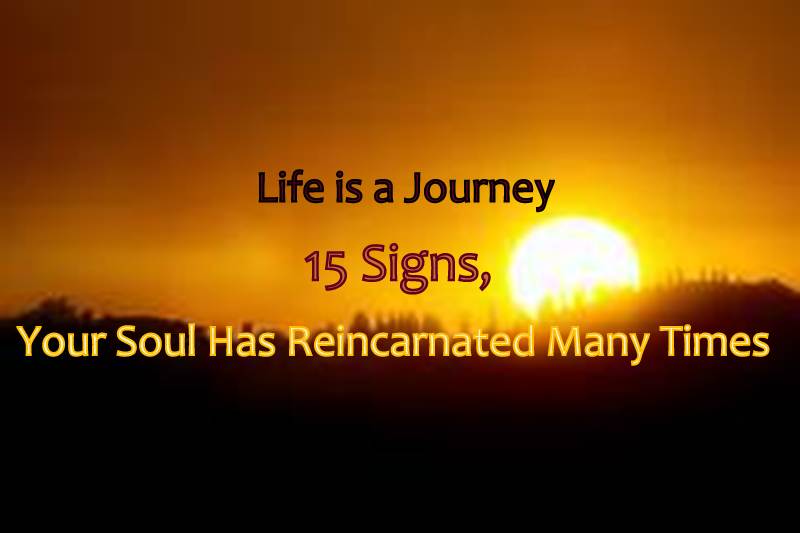 Is Reincarnation Real:15 Proofs that you are incarnated many times

Do you have reincarnated many times?

Various signs associated with reincarnation are depicted in various events that occur many times on the earth.

The reason behind the occurrence of events which proof the reincarnation

First of all, keep in mind that nothing is destroyed forever.

Everything whether that is feelings, thoughts, emotions, desires, love, actions, etc., are powerful energizers and emit energy that remains buried in your divine repository or energy centers.

This energy strives to surface during the life period at its right time in various forms such as dreams, thoughts, feelings, emotions, actions, slip of tongue, slip of pen, etc..

This energy is one of the essential components of the energy body or subtle body which remain present even after the death of the physical body and take new birth again and again in order to discharge the energy deposited in the energy centers due to your past actions.

The energy deposited in the energy centers as a result of all the previous thoughts and actions efforts to surface time to time and visible repeatedly in various forms in the day to day life and give a glimpse of previous lives.

Some of the important glimpses (signs) are discussed here.

Signs listed below are based on the personal realizations and conversations with the people those who recalled their past life in this present lifetime.

Energy remains deposited in the energy center in the form of stacks or layers.

The topmost layers comprise the fruits of past actions that are going to unfold in the very near future.

Such fruits of past actions are seen during the night dreams before becoming real in the present life.

Due to the ignorance of our present consciousness, such dreams become surface, sometimes in the fuzzy form and some other time in a very clear form.

2. Daydreams or Cycle of thought process

Daydreams or continuous going on thought process comprises of the glimpse of the events that are going to unfold in the coming time of the present life (also depicted in the horoscope chart) however, the events going to open in some very far future life remain buried in the hidden layers of the divine stack.

Why thoughts come to mind?

3. Slip of tongue and Slip of pen

Sometimes unconsciously we speak and write some words or statements which may be the glimpse of our past life events that may open in the coming near future.

4. In-depth identification with a particular lyrics

This is also a very powerful sign of past life event.

We unconsciously feel some affinity with a particular song or lyrics which is associated with our past life events and thoughts tied with the song that may become real in the coming future of the present life.

5. In-depth Identification of a character of a movie

Sometimes after seeing a particular movie a person remain busy in the thoughts of a particular character of the movie repeatedly which was the true imitator of some role, the person had played in some past life which may be going to unfold in the near future time in the present life.

Déjà vu is a French term. It means “already seen”.

This is very casual with all of us whenever we encounter anything new and feel that we have already experienced it before too. This situations occurs due to over past life experiences.

Strong intuition regarding anything whether that is a particular dress, particular personality, a position,  desire, dream, person, place, relation or any other concept, gives the signs of reincarnation.

True story of an Astrologer:

There is a person of age about 45. When he was about 5 or 6 years old he felt a severe affinity with monks.

Once he followed a monk and reached to Gardhmuktashwar, India. He met a monk who was an Astrologer.

The monk recognized him as his past life disciple and gave him Diksha of Astrology. Currently, the boy is a professional successful astrologer and very satisfied with his life.

Strong fears and phobias are strong signs of reincarnation. Phobias and fears are strongly related to your past life unpleasant events.

If a person has phobia from a specific type of object it proves that the object is associated with some unhealthy event of the past life.

9. Affinity with a certain environment

Affinities with a specific environment, condition, situation, and cultural value system are signs of past life circumstances associated with the person.

10. Detachment with a certain thing

Same as affinities, detachments with certain things are also the sign of past life.

11. Feeling as you are not from this planet or earth

Sometimes divine entities or divine powers incarnated on the earth just because of a curse which was given them by divine entities, Saints, or powers, etc. in their past life.

Such divine souls in the biological body always feel that they are not from this planet, just because of some mistakes they have to take birth on the earth. Goddess Radha and Lord Krishna came on the earth due to the curse of a saint. The curse was given to Goddess Radha in the “Goloka” by a saint.

It refers foreknowledge of an event also called extrasensory perception.

Precognition becomes frequent and very strong with the people those who are destined to know their past lives/life.

These people knowingly or unknowingly mention things associated with their past lives/life.

These advanced souls are capable of viewing the stored energy ready to become unfold in the real form very soon in the coming time.

It means knowledge of a past event that could not have been learned or inferred by normal means.

This is quite common and frequently visible in the world that some of the people have an extrasensory repository which they present before the public, despite they never had learned it in this life before such as knowledge of some scripture, specific language, etc.

Specific habit formations called “Sanskars” are gifted by the past lives. These habits may be linked to the daily routine practices, sleeping or eating pattern etc. These “Sanskars” may belong to the recent past life or very old past life.

When a person dies, the person become separated from his or her biological body. This biological body is just a tool to  fulfill desires which are stored in the energy body due to past life karma. These desires may be related to eating food, doing fashion, to become rich, famous, and apowerful, etc.

A lady, who is currently running a spiritual get together of elder people and moral education classes of small children, was a renowned educationist in the past life. In the past life she was a founder of an educational trust.

This is one of the strong signs of reincarnation. Biological features of a person generally belong to current life parents but the overall impression of the features associated to races from which the person belongs to in his or her very past life such as color of eyes, structure of facial features, hairs color and style, way of speaking, etc.