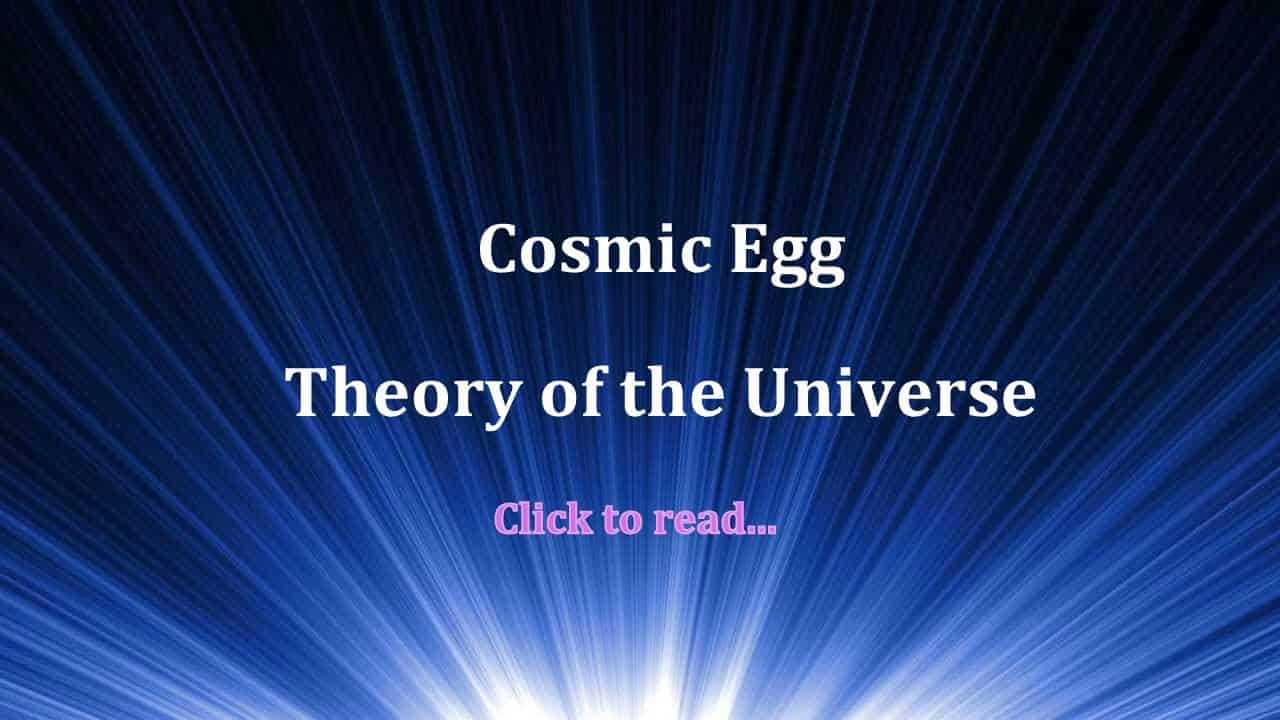 Cosmic Energy, A Cosmic Egg Theory of Universe – Cosmic energy is the life force present everywhere in the Cosmos. This cosmos is also called Brahmand in Vedas.

Cosmos is a cosmic egg as clear with its name “Brahmand” = “Brahma + And”. Therefore, it is said-

“As is the human body, so is the cosmic body.

As is the human mind, so is the cosmic mind.

As is the microcosm, so is the macrocosm.

As is the atom, so is the universe.”

The word “Brahmand” is used for the universe or cosmos. Its meaning is the egg of Brahma or the cosmic egg.

This universe is a cosmic egg and also called Macrocosm, which is full of microcosms such as living beings, plants, rivers, mountains, oceans, earth, planets, and other species.

A human being is a Microcosm and a human is exactly the same as the Macrocosm in all aspects except the level of energy.

To understand the divine concept of the Cosmic egg we can consider the universe as a Macrocosm Cosmic egg and human as a microcosm cosmic egg.

This Cosmos or cosmic energy is an Almighty God that is omnipresent, omniscient, and omnipotent.

People are confused about the presence of Almighty God due to ignorance but all human beings are very well acquainted with themselves.

If you know yourself you can also understand almighty God. Human is omnipotent for all which are confined in his body. A human is omniscient also for them because, a human know everything that present in his/her body and human is also omnipresent for the living organisms that present inside the body.

In the same way, God or the cosmos knows everything about all of us because all we reside in his cosmic womb.

Cosmic energy is omnipotent for the entire things that resting in his cosmic egg and also omnipresent in the same way as we are present everywhere for all those who are present in our body.

The concept of “Ignorance”

The organisms which are resting in the body of a human being completely unaware of the identity of the human being.

The germs, bacteria, living cells, a child before birth, etc. don’t know anything about the person in which they are living, breathing, eating, excreting, playing, etc.

Sometimes, we are hurt and blame to God due to ignorance of God’s plan. But God never does anything wrong with the children living in his cosmic egg. It is we only that do wrong due to the ignorance. Once, there was a king who was going with his minister and army. The king was hurt with a stone on the way and some blood came out. Seeing this minister smiled. Seeing the smiling king annoyed, but said nothing.

After some time the king departed from his army and the minister, and the king lost in the deep forest.

A leader of a tribe saw the king and decided to give his sacrifice to please the Goddess of the tribe.

The leader started preparation for the sacrificial ceremony. Suddenly, the leader saw the blood on the king’s leg and dropped the idea of his sacrifice.

The king came back to his kingdom and asked his minister about the secret of his smile. Minister replied that God gave you a small cut on your body just to save your life otherwise you will be killed by the leader of the tribe.

The moral of the story is that we all are unaware of God’s plan and blame God for little pains, but God is always kind to us and protects us.

Money, luxuries, status, respect, loved ones, business, etc. all are considered very important for us and we fight for them till the last breath, but in fact, the whole world is a big playground, and all we are here just to play a role.

The Cosmic Egg and Umbilical cord

The physical umbilical cord is made up of a vein that carries blood rich in oxygen and nutrients from mother to baby before the birth and after the birth, it is cut and the baby is separated from the mother.

This part of the body is called a naval point or belly button.