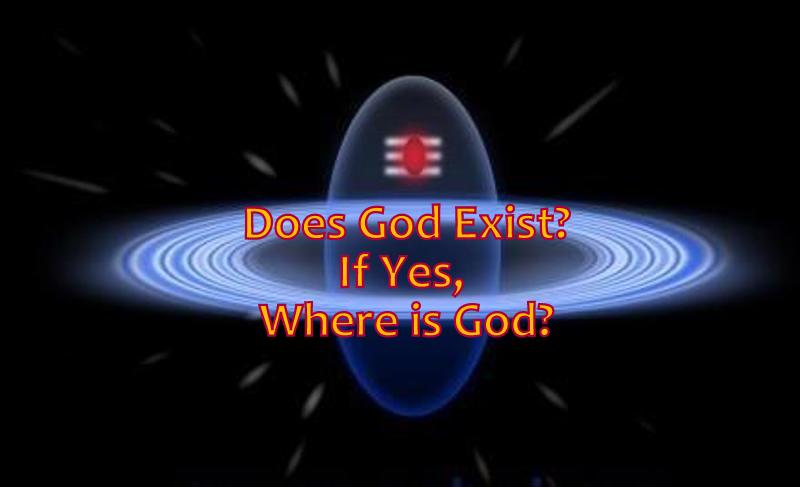 Does God exist? if yes, Where is God

God is energy manifested everywhere in the form of nature, living beings, and other objects whether the object is an idol, stone, human being, thoughts, words, prayers, feelings, self-talk, visible, not visible, and much more.

We call the universe or nature, but this is cosmic energy or God.

Energies whether positive or negative remain under the control of supreme energy or God.

This supreme energy has many names as many faith such as Shiva, Durga, Jesus, Allah, etc.

According to the faith of many people, supreme energy is named Shiva.

This is why Vedas says:

“The person who loved and blessed by Shiva also

loved and blessed by all the Gods and Goddesses.” The soul is a little spark of Shiva, hence the Vedas says: “Shivoham”. It means in its pure form the soul is Shiva.

In fact, you are not a drop in ocean but you are an ocean in a drop. The soul is pure energy scattered from Shiva, which gives life to the body, made up of a matter.

All energies are derived from Shiva and ultimately, dissolve into the Shiva.

When the soul completes one cycle of life, it leaves the body and gets a new body of the same elements.

These five elements dissolve into its whole and when the person again takes birth, to start its new life, all the same elements provide a new body to the same soul.

This cycle is infinite and remains in motion.

All you are clones of Shiva. In fact, there is no concept of the Soul. There is only one soul that is the supreme soul or Shiva. All you carry the soul of Shiva.

The reason is simply the ego or your feeling of “I”. When a person leaves the body, the person carries the ego. This ego is a composition of desires, feelings, thoughts, love, attachment, and fruits of all the actions done by a person in all his or her past lives.

This composition is called a subtle body or “Linga Sharira”.

This ego is a false belief. But it doesn’t mean that you are soulless. Because nothing can exist without the soul or supreme soul.

Supreme Soul gives space to be present to all in the subtle form. If subtle is there the gross body will also come.

Subtle works as a seed for the gross or physical body.

Therefore, a subtle form is more permanent than the gross body.

If you are here in the subtle form definitely you will come in the physical form too again and again infinitely.

But once this subtle is dissolved and you understand that you have a false ego, you will not come again in the gross body. If no seed no birth.

Two worlds are there, physical and subtle. Both are parallel.

It is up to you only, how much you know.

Everything in the universe is Shiva. Everything whether that is still or in motion.

Everyone in the universe whether Deva or Devil has the same pure energy as Shiva.

This is the reason, why every living being whether Deva or Devil equally blessed by the Shiva without any partiality.

All are clones of Shiva. Shiva is pure energy manifested in the universe.

This is why; every tiny atom in the universe speaks, but you are not conscious to listen. Even your soul (God) speaks to you, but you never try to listen.

If you are conscious, you don’t need to pray in front of an idol in the temple, Church, Masjid, or anywhere else, you can do prayer anywhere, anytime in any condition.

Always mindful of your self-talk it is a conversation with the universe or cosmic energy or Shiva.

Prayer has the fastest speed before reaching your mouth from your heart, it reaches to the Shiva.

Self-talk has a ripple effect on the surrounding. It empowers your aura which influences your surroundings and whoever comes to your contact.

Thoughts have the energies that build your Spiritual, Mental, and Physical bodies. Thoughts or self-talk has powerful energy so always be careful.

Avoid thinking negatively which is harmful to both, you and others. It not only destroys your spiritual, mental, and physical setups but others too.

“Self-talks are the stones that build the body you live in.”

Shiva is energy comprised of the male and the female and called “Ardhnarishwar Shiva”.

If you feel this energy as a father it becomes a father and protects you,

If you feel this energy as a mother it becomes Mother Parvati, Durga, Radha, etc., and cares for you as a mother,

if you love this energy as a consort it becomes consort and loves you as your lover, as in the case of Radha and Meera devotees of Lord Krishna.

Everything is within you only; the need is to find and feel it.

No one is as close to you as Shiva. In fact, you are also a shadow of Shiva.

What you think for yourself that is only a matter and matter is dissolved into the five elements. Matter cannot feel, think, love and respect, etc.

What inside you feel, think, love, and respect that is your soul the atom of Shiva.

You think for yourself as a matter that’s why you die and destroy.

If you understand that you are not a matter, you are a permanent element of supreme soul you will not die or destroy at all and become immortal.

Since the soul never destroys, it either changes the body or dissolves into the almighty GOD after salvation.

As you deal, the same as you feel.

Why do Hindus worship idols when God told us he is everywhere?

What is the science behind the prayer?

How did people come to know about God?

Whether life is depended on hard work or on luck?

3 thoughts on “Does God exist? if yes, Where is God”