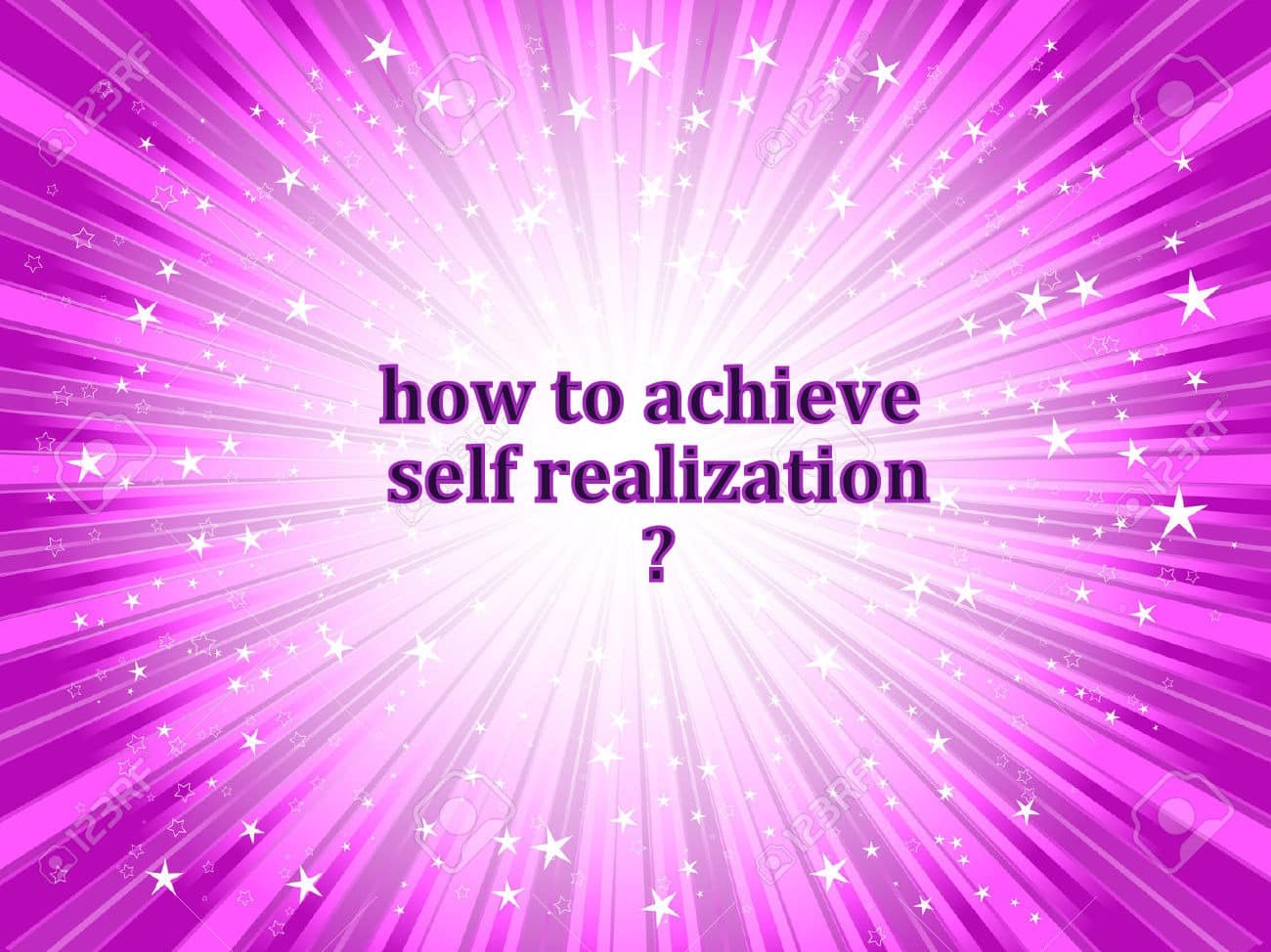 What is Self Realization

You will not die; this is the body that dies. The feeling of immortality is really a feeling of pleasure and bliss undoubtedly.

Self realization gives God-realization that results in so many gifts to you and teaches the lessons written below:

“Spirituality is a science of spirit.”

“Spirituality is a divine science. It is a science of God and Godly affairs.”

Spirituality is a science of the soul and supreme soul.

There are two techniques to realize God or Self:

Love, devotion, and faith of the highest degree that force you to do self-surrender before God is the key to achieve God.

Spirituality is a Science

It is only the God who can bless you and enlighten you to be acquainted with this divine science. As written by a famous Hindi poet Saint Kabeer:

Without a divine guru, no one can achieve God or God-realization (Self-realization). Divine guru can be obtained only by the grace of God.

Sometimes, for a very blessed soul, God himself becomes a guru and teaches the disciple as in the case of Mother Meera.

The subtle world is full of subtle entities as spirits, ghosts, and good and evil spirits. In fact, the entire physical world is a direct reflection of the subtle word. Both are one only, but the views are two.

One view can be seen by physical eyes and another by the spiritual eye. As a whole, this is cosmic energy or God only the difference is of its manifestations in two different worlds via different entities.

All we are Spiritual Beings

How to be Spiritual?

Soul, an immortal essence in us changes its clothes, again and again, to come in the world to learn and grow. The whole world is a school.

A human being is here to learn the lessons. The entire soul life from the first incarnation to the last birth is a complete volume or a book.

Pains, pleasures, richness, poverty, busyness, idleness, employment, unemployment, hunger, thirst, praise, criticism, children, childlessness, marriage, widowhood, and many more are the chapters of the life book nothing else, which are given you to read, learn and understand the life and get the enlightenment.

But due to attachment and illusion, we feel pain and pleasure. In fact, these are just lessons. Best lessons are pains, sorrows, and diseases for the growth of a soul. Pains close us to the truth and God.

So, to be enlightened detach yourself from pain & pleasure and joy & sufferings.

Don’t indulge in the wrongdoings of your friends and family. No one is yours. You came alone; alone you will go from the world. Before God all, we are alone with our Karmas.

The real treasures which will go with you when you leave the world are your good actions and good words.

Real Treasure of your life

How does one become Self-realized?

Few examples of real treasure are as follows:

Nobody does anything for anyone. Before GOD, all are alone. Everyone either paying off his/her past debts or he/she will repay them in the next life.

The whole system is automatic. Only the need is to do your best and leave the rest to GOD.

God is in you. Remove all that is ungodly in you and what is left that is God. What we can see and what we can imagine everything is God. God is omnipresent, omniscient, and omnipotent.

Human is an image of God. Due to ignorance human search God in the outside world, however, God is energy present in the human being in the form of a soul. Once you realize your soul or self you will instantly realize God.

All the answers reside in you, ask the question, wait for an answer, and listen to the voice of God coming from your soul to be self-realized. Not only listen but faith and follow the voice to get the enlightenment. How to attain Self Realization?

Self realization is a beautiful journey to get peace and bliss. What you do in the present life, will remain with you in the next life too and you can start your journey in the next life from the point where you left it in the past life.

Once it happens it is irreversible. Self-realization results in God-realization, and once you see God, God remains always before you and in you.

If you love God as a mother, God loves you as your mother as in the example of Shri Ram Krishna Paramhans.

If you love God as beloved, God loves you as you’re beloved as in the example of Mother Meera.

This is the reason why Meera loved Lord Shri Krishna so passionately.

This is also true that if one thinks God as nothingness or “Shunya”, God remains for that soul as nothingness too, as written by a great devotee of Shri Ram, an Indian poet Goswami Tulsidas:

“A person’s attitude determines how he perceives the object.”

Suppose there is a temple in a forest and a thief goes there, then the thief will think that it is a good place to bury his stolen goods.

But if a devotee or saint goes there he will think that this place is very far from illusory objects and therefore, he can recite the Holy Name of God and meditate there peacefully without worldly obstacles. Charm strikes the world, but merits strike the GOD. So, keep going. Everything will come to you at the perfect time.